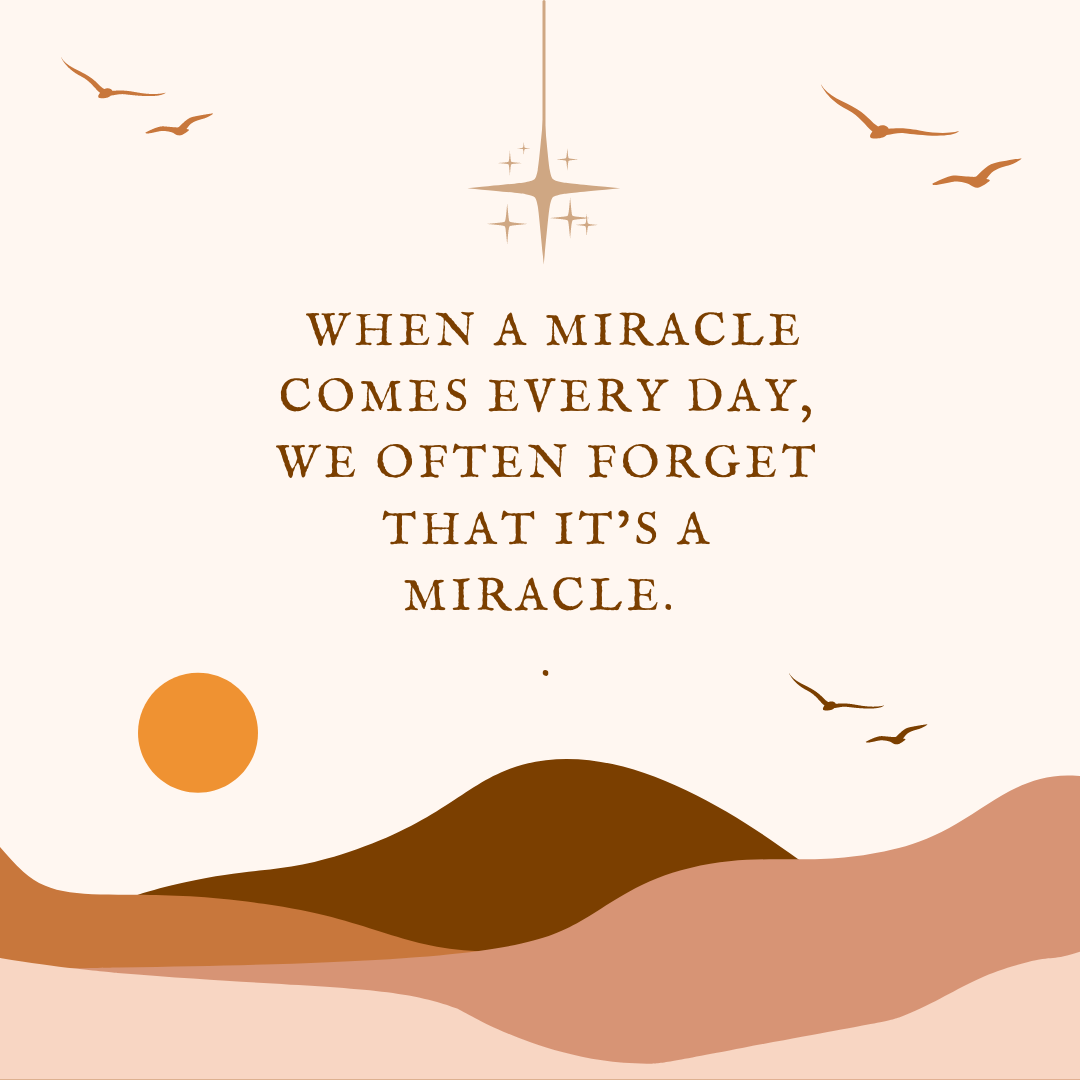 The Ordinary Inside of the Holy

The other day, I was talking to my husband about how I have always had a fear that when I got married things would become stagnant like they did with my parents who divorced when I was in fifth grade. (Things are great between Justin and I but that fear still lingers in the back of my mind sometimes.)

“I just don’t want us to become too familiar.” I said.

“Familiar, yes.” He replied. “Familiar is a good thing. I like that I feel most at home when I’m with you.

Even if things become familiar between us, the love that God has given use the gift that he has granted us in each other, is not now and will never be ordinary.”

As my former spiritual director Ryan Taylor says in his beautiful book Awkward Spirituality, “The reason we don’t typically spot the divinity within our ordinary experiences and relationships is because there’s nothing extraordinary to see. Seldom do I discover any immediate hit of adrenaline or euphoria within the places and people Christ hides.”

It reminds me of the Israelites. When they wandered through the desert, they brought with them a tabernacle, a tent that they would set up everywhere they would go for God to dwell in.

This was a beautiful foreshadowing of the days ahead where God would not stay within the walls of a temple or a building, but would move with us, be near to us, live within us.

At the heart of the tabernacle was the ark of the covenant, a box made of acacia wood and covered with gold where God’s very presence dwelled. It was the holiest of all places.

When God commanded Moses to create the ark of the covenant, one of the three things that he asked him to put within it was manna.

Manna was a wafer type substance that tasted like honey. It would rain from heaven every day while the Israelites wandered.

That bread falling from heaven was a constant in the midst of all of the uncertainty that they faced in their forty years without a home.

It was their sustenance. Literally, the thing that would sustain them. Their lifeblood.

Although bread raining down from heaven was a miracle, it was a daily miracle.

And as we have seen in our own lives, when a miracle comes every day, we often forget that it’s a miracle.

Studies have shown that humans have a habit of getting used to things. Cold water doesn’t feel so cold after you’ve been swimming it for a while, and the same goes for us adapting to most situations we find ourselves in. Sometimes it takes days, sometimes it takes years, but we almost always adapt.

As a child it’s a new toy, as a teenager a new car, as an adult a new house or new job. All of these things seemed so alluring until we finally hold them in our hands. We get our dopamine hit, and then we get used to them. They don’t often satisfy us like we thought they would.

We also see this in the thrilling romantic love that turns into marriage, that turns into day to day life. Passionate kisses shift to tension over who will take the trash out. That adhesiveness to the mundane often blinds us to the beauty of the person that is standing right in front of us. We sometimes mistake this as “falling out of love” when really, it may just be that we somehow lost sight of their preciousness.

That diagnosis you had becomes a “new normal” as you fight to overcome the impossible. Your community holding up your arms when you have no strength left.

That relationship made you feel like your heart was ripped out of our chest when you let go of it. But the pages turned and slowly, slowly, you saw that you could love again. In years to come you will wonder why you so badly wanted something that was never good for you.

A pandemic that felt so cataclysmic at first becomes something that we as a society try to untangle together.

On one hand, it’s good that we get used to things. It’s our way of coping with the craziness of life.

But on the other hand, that getting used to things can rob us of remembering what a total, jaw dropping, incomprehensible mystery this life really is.

Just like the Israelites got used to their miracles, we have our own miracles that we forget to notice because they are so engrained in our every day lives.

The miracle of breathing. Hands on hands. Heart beating. Little voices calling “mama” or “papa.” The sunrise and sunset painted, day after day. Bread on the table. Laughter with friends. A flower blooming. A kiss on the cheek.

If you were told that today would be the last time that you would experience those things, they would no longer be common to you. They would be precious. You would savor them. You would give up everything else to just have one last moment with those sacred fixtures of your life.

We forget that there will be a last time for all of these things.

We take day-by-day beauty for granted, literally thinking it is permanently granted to us, when almost nothing is actually permanent.

We have collective memory loss, denying death, denying that everything, everything will change and end.

There is something so poignant about God commanding that manna, a substance commonplace and familiar to the Israelites, to be centered in the most sacred space on earth.

Such a contrast- the usual bread that was eaten every day housed inside of those exquisite golden walls. Beneath the outstretched wings of the cherubim.

The ordinary inside of the holy.

The holy inside of the ordinary.

We should watch carefully that glory doesn’t become ordinary to us. That a miracle won’t become common when we look at it with the wrong glasses on.

How would our lives change if we didn’t take all of those seemingly mundane things for granted?

One of my long time favorite songs has been “I Will Not Take These Things for Granted” by Toad the Wet Sprocket.  It says

Flowers in the garden

Laughter in the hall

Children in the park

I will not take these things for granted

Dive into the ocean

Singing by the fire

Running through the forest

And standing in the wind

I will not take these things for granted

Stop for a moment. Think about the things in your life that you would so deeply miss if you were to lose them today. Can you, just for a moment, feel deep gratitude for those things?

Find the extraordinary in the ordinary.

The miracle in the mundane.

The sacred in the simple.

The consecrated in the common.

Don’t take these things for granted