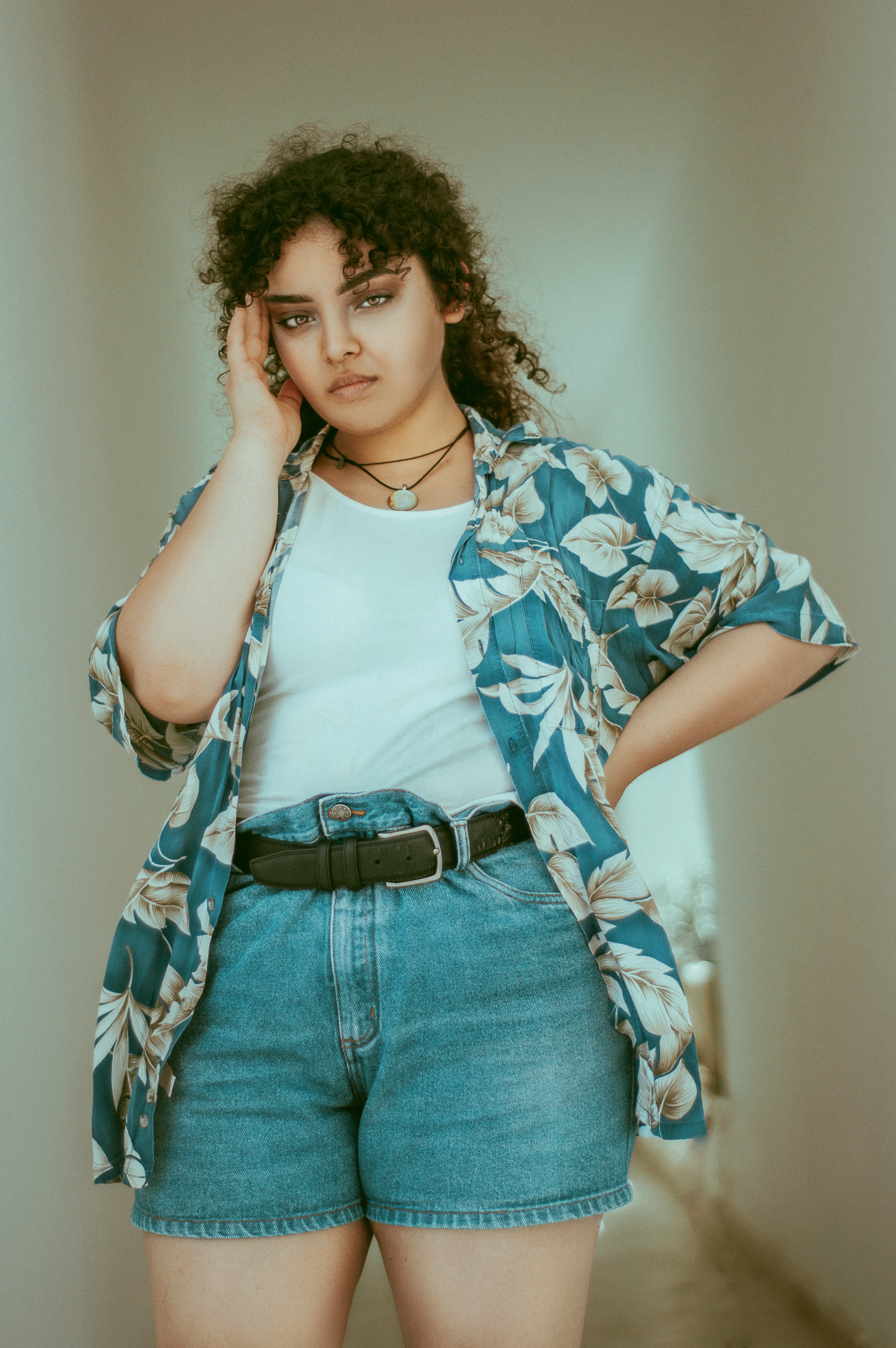 A Question of Beauty

In my adolescent years, I looked like a boy. Seriously. As in people asked me what sex I was. Not to hurt me, they just really couldn’t tell.

One time I was entering the women’s bathroom and a woman said “You can’t go in there!” And I said, “Why not?” She replied, “Because it’s the woman’s room!” “I am a girl!” I answered. She looked shocked, I felt stupid, and it has been stuck in my psyche ever since.

After my boyish years, I grew to be pretty confident about my looks. I am not a stunning beauty, but I think most people would say that I am pretty. I know this isn’t the norm for most women, but I didn’t think about my looks that much, even in my teenage years. I had fleeting thoughts about my ample child bearing hips or the annoying white eyelashes that are bestowed on most redheads. So I just covered up my thighs with flowing skirts, my lashes with mascara, and went on with my life.

But the last few months, things have changed. I have been taking a medication for sleeping that is making me gain weight. I have gained about 15 pounds in the last 6 months, and most of it is in my stomach. My stomach! My flat stomach! Why have you left me, oh sweet belly of mine?

I can’t believe how much I have been thinking about this. It is on my mind often. I don’t like looking down to see my precious little muffin top protruding ever so slightly over my jeans. I have had a really hard time looking at pictures of myself, making sure to delete ones on Facebook where I look fat. I pull back the skin on my face to see what I would look like if I had my cheekbones back. “There are children dying of starvation and you are obsessing about fifteen pounds!” I say to myself. “Stop being so self absorbed!” And yet, for some reason, I can’t seem to shake these thoughts.

The problem is exacerbated even more because I was so skinny when I was sick with lyme disease a few years back. I was 35 pounds lighter, but I was sickly skinny. And yet, I felt powerful when I was skinny. People who didn’t know I was sick would say “You look better than I’ve ever seen you!” I wanted to say “dude, I am practically on my death bed!” But for some reason, skinny equaled beautiful in their eyes. And I liked that, even in my sick state.

Now that I’m healthy but heavier, am I still beautiful?

The truth is, I am beautiful, but I have forgotten that I’m beautiful.

I am not alone. We Americans spend a lot of money to feel attractive. The average American woman will spend $15,000 on make up in her life time. Americans spent $10.4 billion on plastic surgery in 2011. That is more that the gross domestic product of nations such as Chad and Suriname. The weight loss market is an even huger number. It is worth nearly $70 billion dollars. That is $200 for every man, woman, and child in the country.

Some of these investments make sense, when you think about how much beauty is put on a pedestal in our culture. Would any of us read People magazine if it was filled with stories about ugly people? No one would bother. If Ryan Gosling’s character in The Notebook was ugly and fat, we would not think that his gestures of love towards Ally were romantic. We would think that he was a stalker.

In Khaled Hosseini’s book And the Mountains Echoed there is a character named Thalia whose face has been hideously malled by a dog, so she always wears a veil on her face. Her best friend Marcos, who is appalled by her at first, gets to know her and sees how beautiful she is. She slowly feels more accepted by him, until finally, she takes the veil off her face permananently. Marcos grows up to become a plastic surgeon. He says

“I learned that the world doesn’t see the inside of you. That it doesn’t care a whit about the hopes and dreams and sorrows that lay masked beneath skin and bone. It was as simple and absurd and cruel as that. My patients knew this. They saw that much of what they would be or could be hinged on the symmetry of their bone structure, the space between their eyes, their chin length, the tip projection of their nose, whether they had an ideal nasofrontal angle or not. Beauty is an enormous, unmerited gift given randomly, stupidly. ”

What do we do with this insatiable, sometimes ravenous desire to be beautiful?

When you honor someone, you stand in reverence of their perspective. You take that perspective as your own. Therefore, it honors him when we say “you think I’m beautiful? Then I will believe that I am beautiful, no matter what the world says.”

If I were to see the painting of an artist and say “That is the ugliest painting I have ever seen!” would that glorify the artist? Of course not! The painting is a reflection of the heart of the artist. When we see and say that the painting is beautitful, we honor the one who painted it. The same is true of us. When we see ourselves and others as beautiful, when we even use our words to reflect the truth that we are beautiful, we are glorifying God.

I will end with this last story. One day I was going through some difficult memories in my mind, trying to ask God where he was in those memories.  The memory came to me of kids in my fourth grade class making fun of me because I looked like a boy.  I said “God, what did you see when you saw me then?” I thought he would tell me that I looked like Angelina Jolie in his eyes or something. But no. He said “you were so so very beautiful to me, Kate. Exactly the way you looked right then. You were and are so beautiful.”  I had a hard time believing him.

But faith is all about believing things that can’t see, right? Maybe I can’t always see that I am beautiful, but I need to have faith that it is true.

Why? Because the King is enthralled by my beauty. If he says that I’m beautiful, it is the truth. I am beautiful.

Let’s have some discussions about this. What kind of insecurities have you gone through about your looks? Why do you think looks are so important to us as human beings? For those of you who have been told you are physically beautiful your whole life, how has that shaped the way you acted or seen yourself? Do you feel like you always hade to keep up the way you look or people will reject you?  For those of you who have felt ugly or fat, how do you think your life  would be different if you were “beautiful” or slimmer?