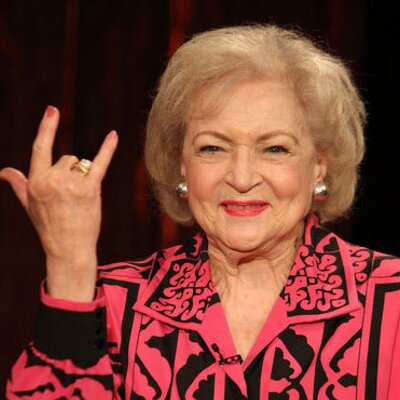 Me and My Betty White Pheromones

“Kate, I have decided that you are the eighth wonder of the world,” said my brother as we ate peanut butter and honey sandwiches at my grandma’s house recently.

“I mean it is a complete mystery why you have had this litany of men who act interested in you and then drop you like you’re hot. Or like you’re not hot. Or errrr….You know what I mean. You are so awesome! Why is this happening?”

“That is the question I have asked myself for the last fifteen years, Will.”

“Well, I have a theory,” he said mysteriously.

“What about my pheromones?”

“Maybe they are not working right.”

“What?” I said, slightly offended.”My pheromones are great! Never been better! I have very sexy pheromones! In fact my pheromones very closely resemble Angelina Jolie, that’s how sexy they are!”

“Well,” replied Will carefully. “How do you know that? What if you don’t have Angelina Jolie Pheromones?  What if you have Betty White pheromones.”

“Exactly, Kate. Everybody loves you? Check. No one wants to marry you? Check. Betty White pheromones? You need to think about it.”

I looked at him, shocked. “Don’t let it get you down too much.” He said. “Maybe all your pheromones need are a little metaphorical plastic surgery.”

I went home, laid in bed, and pondered my brother’s observations. What if all these years, all this heart break, all these times hearing “Kate I think you’re amazing, but…” all this wondering if I’m not pretty enough, nice enough, good enough, special enough, what if all of the time, the only problem is that I don’t have the right secreted chemicals that trigger a social response in members of the same species?”

I sat up and started researching. One article I read said that when women are given men’s shirts to smell, over and over again they pick the shirts of the men they would have healthier children with, according to their DNA samples. That’s how powerful scent is. It also said that men are much more drawn to women when they are ovulating. They can tell by the pheromones that are emitted. (Remember that for your calendar for when you are planning that next date, ladies.)

Another article said that queen bees have such strong pheromones that it renders their faithful worker bees infertile so the queens can control them more. (Don’t remember that the next time you are planning your next date, ladies. That’s just mean.)

Queens also excrete especially strong pheromones when bees from the hive get lost. It attracts the lost bees so much that they find their way home.

Lesson learned: Pheromones are powerful, and mine were not displaying their feminine prowess like they should be.

After reading all this, I started getting angry with my little Betty White molecules. “Dang it pheromones!” I said, pointing to my stomach, (because maybe that’s where they live). “I need a little help here! Lead my species home!”

My roommate knocked on the door to ask if I was ok. I remembered the last time that this happened, which was when I was having a similar yelling match with my uterus. One of these days I will learn to whisper when these altercations occur, so my roommates don’t think that they live with the crazy cat lady that everyone talks about.

I woke up the next morning and decided that I needed a plan of action.

The first strategy was to take loads of Zinc. I read that Zinc is supposed to help your pheromones work better. I bought a bottle at Vitamin Cottage. I decided I would take three times the daily recommended dosage because of course, then I would get three times as many dates.

My second strategy was to buy some pheromone perfume. Yes that is a real thing. And no it is not just sweat in a bottle. It smells delectable!

I asked my friend what she thought about the idea, and she said “Kate! You can’t walk around wearing someone else’s pheromones! Whose pheromones are they? What if Joe, the guy you meet because of your pheromone perfume, is a creepy 50 year old with gelled hair and a leather jacket with too many zippers? What if Joe was really meant for Betty, who donated her pheromones to your perfume?”

“Ummmm….Amy? Why did you choose the name Betty?”

“I don’t know it just came to me while I was sitting here next to you. Why?”

After her caution, I decided to be safe and only try the plan out for a month and see what happened. The plan was simply a bunch of Zinc every night and a slathering of pheromone perfume every morning. Plus maybe smile a little more.

Here is what happened in no particular order:

1) Three old ladies asked me where I bought my perfume.

2) The checker at vitamin cottage started winking at me. I realized sadly that this was probably less about my pheromones, and more about my buying so much zinc.

3) A guy with exactly 9 zippers on his leather jacket asked me if I wanted to go to a wrestling match with him.

4) Four homeless men asked me to marry them.

Actually, none of that happened. Well, one homeless guy did ask me to marry him but that occurs pretty much every month.

What did happen is that I started thinking about patterns. Throughout my entire adult life, I have met some wonderful men, and although they often seem drawn to me at first, I almost always become the best friend,the sister. Hardly ever the one he falls in love with.

Does this occur because of something that I can’t really fix, like pheromones, or is there something I can work on?

Here are a few thoughts:

#1) My counselor says that because of some hard childhood trauma I am sometimes scared of intimacy. I am often attracted to unavailable men, men that I subconsciously know won’t or can’t love me back. Maybe instead of taking my zinc, I could work on looking for and being open to men who were emotionally available.

#2) Maybe I put off the “sister” vibe when I’m scared of rejection. Instead of just wearing that pheromone perfume maybe I should be keenly aware of my emotions and recognize when I am trying to hide myself by being a friend instead of being more honest about my feelings. Maybe I should even get out there and flirt a little bit, which I don’t often do because it scares me so much. I often hide behind the “good girl” energy, and I have to remember it’s not a sin to flirt with a man that might make a good match for me (as long as I know that our faiths and lifestyles are on the same page.)

#3) I heard of an experiment in which a pretty and shapely woman was put on a billboard in two different cities. One said I think I’m beautiful, what do you think? The other said I think I’m fat, what do you think? They polled people in each city. The results? Something like 70% of the city with the fat billboard thought she was fat, while 70% of the city with the beautiful billboard thought she was beautiful. I can not let my prolonged singlehood tell me who I am. I am beautiful and valuable. God whispers it to me every day, and I need to believe him. Instead of giving my pheromones a facelift, maybe I should give one to my self esteem. The more beautiful I believe I am, the more beautiful people will see me.

d) I have to trust that the God who speaks stars into space and paints the tiny lines on a leaf, that God is the one who loves me, who sees my dreams, who sees me beautiful. I can’t claim to understand something like the sovereignty of God but I can say that God is gracious and merciful. I can say that he makes all things beautiful in his time. I can say that when we see him face to face no one in the world will question whether or not he is good.

So I have a hunch, a really big hunch, that he is more powerful than my pheromones, even if they do resemble a certain Golden Girl.

Have you ever felt like something was “wrong” with you because of your dating life or lack thereof?

What strong patterns do you see in your dating life? What can’t you control in that situation? What can you control?

Any other fun science about pheromones? (Keep it PG-13!)